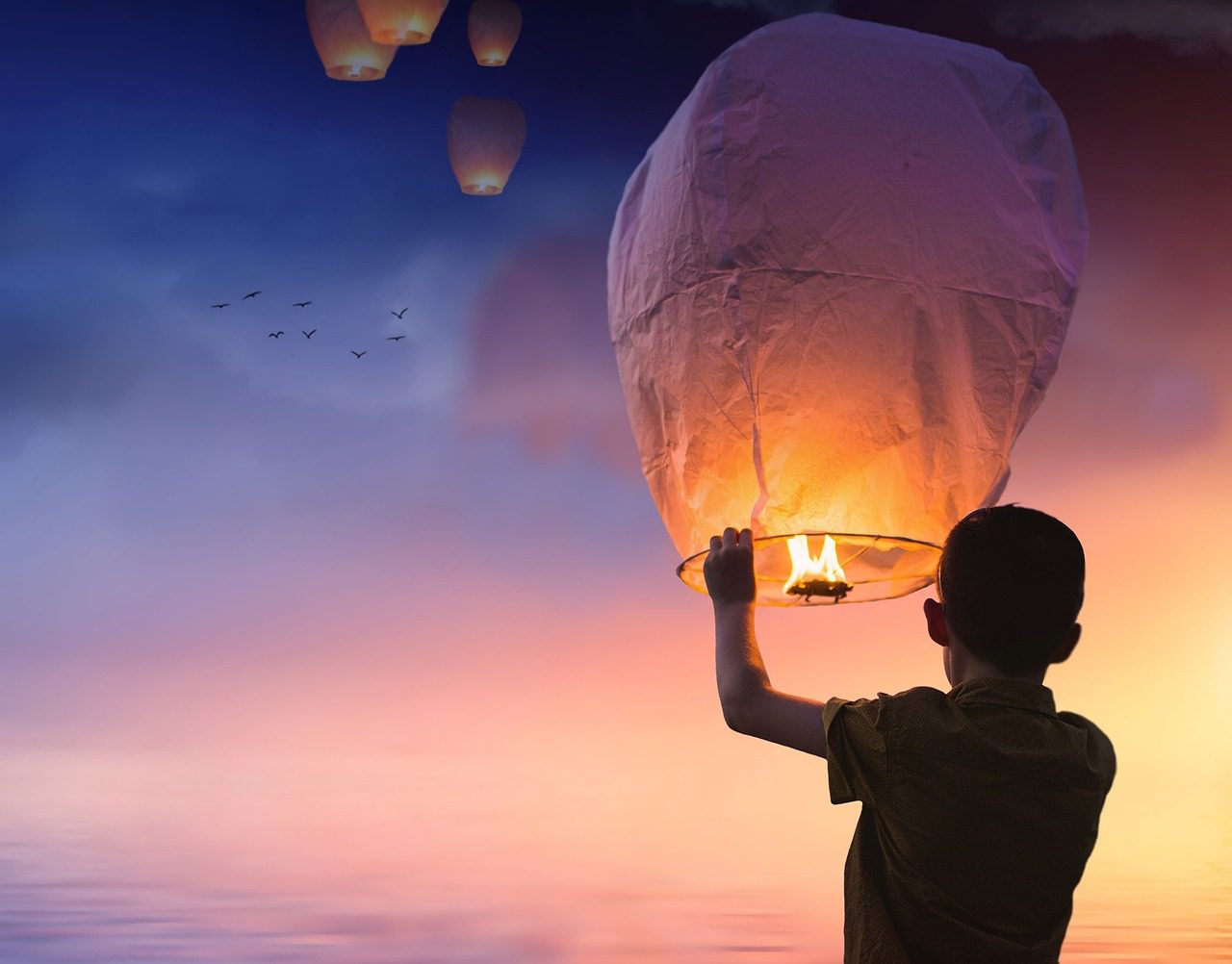 I don’t think I’ve really spent any time in the past writing personal “year in review” articles on my sites. Yes, I might have done year-end looks at things like the best or most popular reviews I had written, or written about things that I felt were overlooked. But, those were on sites that had specific themes so it was appropriate, at least to the way I felt at the time.

However, a generalized look back is not something that I tend to do. But I think given the nature of Unattributed, it seems more important now. However, I don’t want it to just be a listing of a bunch of news stories, or a list of things that happened during the year. I am choosing instead to write about things that felt more personal to me, for whatever reason.

I think the place to start is with those who are no longer with us. In particle a couple of musicians I don’t feel were honored as much in life or death as they should have been.

The first was the passing of Kluas Schulze, the electronic musician who was one of the founders of what would become known as the Berlin School of electronic music. He was a pioneer, starting before synthesizers and electronic instruments were even widely available to musicians, and even if they had been, they were the subject of much ridicule amongst “serious” musicians. He got his start as the drummer in one of the early lineups of Tangerine Dream, but parted ways with them when Edgar Froese rejected the idea of introducing tape loops into their sound (which Schulze had advocated). While the two parted ways, they remained friends, and Schulze would even joke about their friendship at times. For example, Schulze once said in an interview that he and Froese had conspired to divide their world conquests by Froese touring in the West, while Schulze toured mostly in the East.

Some of the recordings that have meant the most to over the years are Audentity, Beyond Recall, Timewind and Trancefer. These were all recordings that I found at just the right times in my life where I needed the calming, minimalist effect of Klaus’s compositions. In addition to these recordings I’ve loved The Dresden Performance, and The Dome Event since I first heard them. In reviewing his releases to write a larger piece that remains incomplete (and will likely be completely re-written before it is released) I found two more that have taken on a special place in my listening, those are In Blue and Eternal – The 70th Birthday Edition.

Anyone who loves electronic music should really listen to Klaus Schulze if they aren’t already familiar with his work. A career that spanned over six decades, and has been the inspired many contemporary electronic artists deserves to be elevated by all listeners.

Another musician, and an electronic musician to boot, that passed in 2022 was Vangelis. He was probably most know for the soundtracks to Blade Runner and Chariots of Fire. However, I knew of his works since my college days, especially Albedo 0.39, China, and Opera Sauvage. But, that was just the beginning for me with his works, because I later found that he had collaborated with Jon Anderson of Yes, and had produced several albums under the name Jon and Vangelis, a partnership which saw the unlikely duo produce a hit song: “I’ll Find My Way Home”, and would take a rather amusing turn as Vangelis attempted to become a member of Yes.

In picking up some of his later releases, I have found an album called The City to be absolutely spellbinding. It is such a cinematic work that I initially mistook for a movie soundtrack. And, I really wanted to see that movie, so much so that I went looking for it on IMDB, only to later find out that The City was actually a standalone work by Vangelis.

And the final one that I wanted to mention, mostly because it wouldn’t get an notice in the United States, was the passing of English actor and comedian Peter Bowles. For those who watched a lot of British TV in the 80’s and 90’s Bowles would be known for his roles in shows like To The Manner Born, I, Claudius, Rumpole of The Bailey, and Executive Stress. Surprisingly (to me at least) the only reason I found out of this actors passing is because of an appearance he made on The Sarah Jane Adventures, which brought him into the Doctor Who universe.

While there were many others who passed in 2022 (like Barbara Walters, Pele, Irene Cara, Christine McVie, Taylor Hawkins and Kirstie Alley, just to name a few), I feel that the above are ones that will not get nearly the attention that they should, and are worth memorializing.

So, how did I do on my goals for this past year? Honestly, not all that well. Even the smaller things that I should have been able to accomplish, like reading a reasonable number of books, or writing a lot in a journal. It just didn’t happen. Then there are the bigger things: like overhauling and re-modelling this house, or getting back to the gym and working on my health in general.

Now, I won’t say that all of this was an absolute failure. For example, I did actually write more in my journal last year than I had in the previous four years combined. And I can say, that there were other things that I managed to accomplish — things that I won’t really talk about here. However, they were things that were related to the estates of my parents, and now that they are settled all of that can be placed in my past.

And, I realized that there is something else going on with me. There is something keeping me from getting to the bigger projects that I want, and even need, to tackle. So, this is something that I am seeking help with in the new year (I actually started a couple of months back — but I’ll keep that as a goal for this year).

Okay, enough of the personal dribble from me.

What Did I Do?

So, what things did I accomplish? Well, I managed to get most of these websites reorganized — except for a couple of them. This means that I was able to launch this site and I wrote some articles on it. Not as much as I want to write, but I did manage to publish a few pieces.

And, I got lost in messing with mechanical keyboards, and launched a site for that as well. However, I drifted away from mechanical keyboards as another of my older hobbies / interests took over: music and stereo equipment. I started writing a bit about that on here, and it’s a topic that I will be returning to this year.

And, keep in mind, that most of this happened while I had other things going on in the background — so I don’t blame myself for getting too distracted. 🙂

News Stories That Capture My Attention

So this is the last thing that I wanted to write about in here: a few of the new stories / issues that have managed to grab my attention.

The most obvious only is Elon Musk’s Acquisition of Twitter, and the Ensuing Disaster. I don’t know why, but there is something about a train wreck that just can grab your attention. In this case, it was the combination of not only the hilarity of some of Elon’s truly disastrous decisions, but the positive effect that it has had for Mastodon specifically, and the Fediverse in general.

The January 6th Committee Hearings. I watched all of them as they were broadcast. And it was a roller-coaster. The Committee managed to pull together things that were surprising and even shocking. For example, getting documentary footage of one of the militant groups actively canvassing the capitol before the rally had even started. Getting Cassidy Hutchinson’s testimony live on camera for citizens of this country to have a real inside look at how the White House and the staff were reacting to the events as they unfolded. Getting several poll workers who had been threatened for no legitimate reason to testify. Getting several State representatives to testify to the pressure campaign that Donald Trump and his agents put on them to over-turn the election results in his favor. And so much more information.

I haven’t read the final report yet. That’s on my list for reading soon (Like probably just after I finish the current book I started.)

Oh, and we can’t forget about the further Absurdities of Donald Trump this year. First for getting raided because he took classified documents from the White House when he left. And then started a court battle to slow down the investigation into those documents. And then when things started heating up with the January 6th Committee he decided it was time to announce that he was running for office again — seemingly betting on that would get the Justice Department and Federal Investigators to back off. And, if all of that were absurd enough he announced his own line of NFTs…which leads us into….

The Collapse of Cryptocurrency including FTX. Boy this wasn’t the year for Cryptocurrency. There have been a number of scammers and grifters all over those markets. And, one and another, they kept blowing up and failing over and over. And all of this during one of the biggest down turns in the market. Not to mention the Instability of the Stock Market which has had major effects on the whole economy, not just the United States, but all over the world.

The Resignation of Boris Johnson who was then replaced by Liz Truss as Prime Minister, who then resigned after 45 days in office. And all of this happening during the period of the Death of Queen Elizabeth II. To say that it was a politically tumultuous summer / fall in England would be the understatement of the year.

Oh, and all of this taking place while Russia Invaded Ukraine and started a War. Which, despite the loss of life and the shear tragedy of what the Ukrainian people are going through, might also be seen as one of the most inspiring stories of the year. At the outset of the conflict no one believed that Ukraine could sustain a fight with Russia. But, Ukraine has proven time and time again how resilient they are. Not just holding back Russian troops, but actually getting them to withdraw from several positions. And, even providing a bit of humor at times, like when a small coastal island off the Ukraine mainland told a Russian Warship to “Go fuck yourself” over an open radio broadcast.

And that’s where I am going to leave it for now. Overall it seems like 2022 wasn’t all that great of a year. But there are things, like the resilience of Ukraine that should give us all hope for 2023. For me personally, I hope that I have hit a turning point with the realization that I needed to start doing something different. That I needed to get some kind of help. And, hopefully, now that all of the things that kept popping up and disrupting my life are out of the way I can move forward.