How To Mastodon: Criticisms Debunked 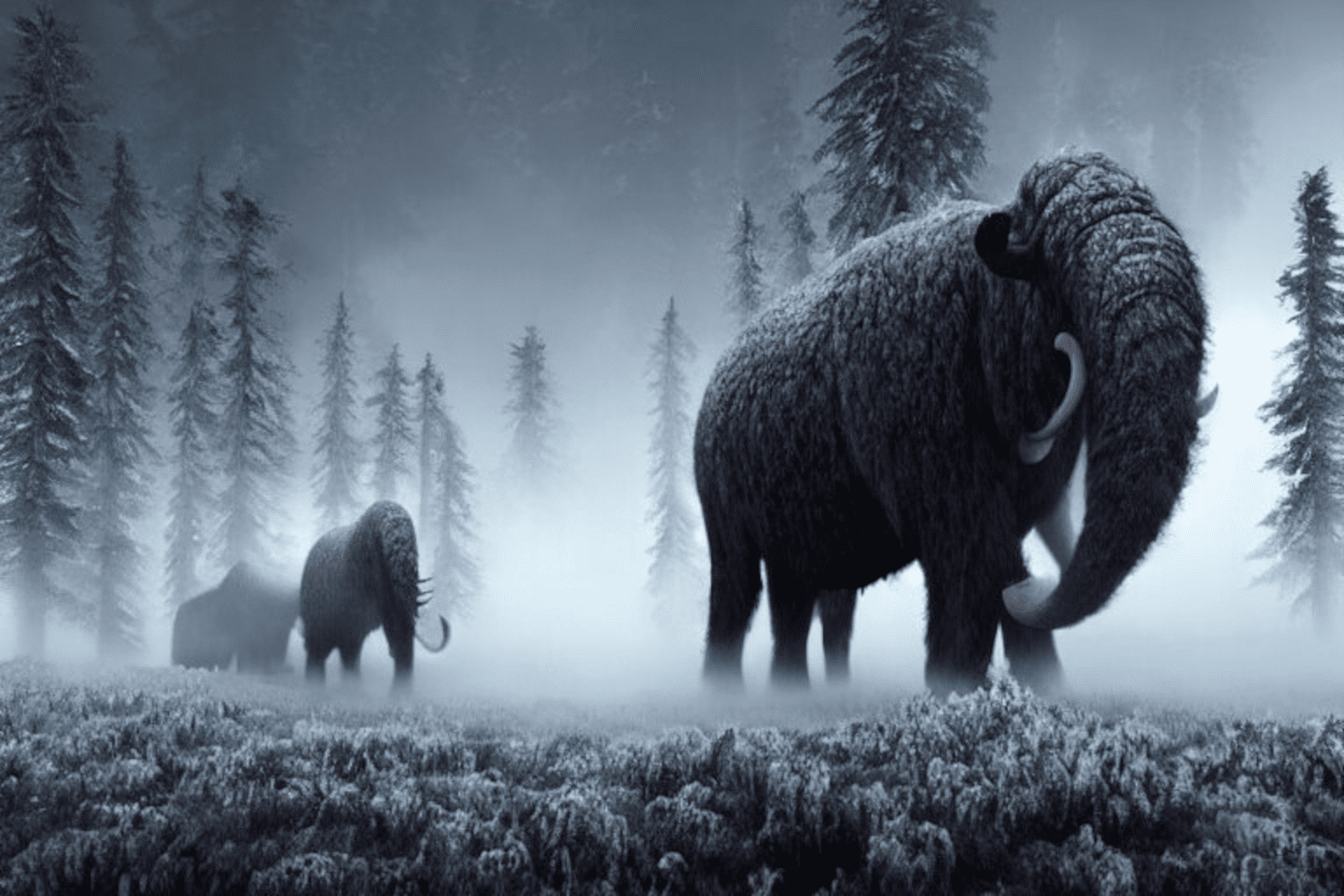 In Part One of this series we looked at the criticism that the signup process is cumbersome. It’s a fair criticism, so we looked at the process, and I provided a shortcut for signing up. In this article we turn to the other major criticisms of Mastodon.

Since the beginning of the Twitter Exodus / Migration there have been several sites that attracted attention. Mastodon has possibly been the most impacted by this migration because of it’s similarity in appearance to Twitter. Of course, with this attention there will be people who are not happy about the differences that exist, and find it appropriate to criticize the platform.

Some of these criticisms are fair, however many of them actually underscore the difference between Twitter and Mastodon. And those differences, are what make Mastodon special, and in many people’s opinion special. So, let’s talk about these criticisms.

Too Many Instances Makes Mastodon Complicated

No, it really doesn’t. Actually, having as many instances as possible is a strength of Mastodon. There are, in fact, several specific strengths that having so many instances brings.

The first strength is that individual instances can focus on building a community around a specific topic, interest, or need. For instance there are instances for writers, artists, members of the LGBTQA+ community, activists, and journalists. By having these instances it makes it easier for people who having things in common to find each other.

But, there is another strength in this, with multiple instances there is a guarantee that there is no one person calling all the shots. The shape of the network is the work of multiple people who are highly motivated to make the network into something special.

The final benefit is that if you aren’t happy with one instance, you aren’t tied to it. You can migrate to another instance that has policies that fit you better. And, you can take your followers with you – just download them from your current instance, and upload them to your new instance.

No Single Administrator for The Network

When I was on traditional social media sites, there were many times where it would have been normal to actually have direct contact with someone to address an issue. But the way most of these social media companies are operated, it’s one the people with the largest impact on the site that have any ability to work with a representative from the company.

However, Mastodon is different. The administrator for your instance is known to you. You can send them direct messages. They can investigate issues on your behalf. And, many times, if it is warranted the administrator will take action. Why? Because it is in their interest to do so. The Admins of Mastodon want to create the best environment they can for their users.

If the issue involves another instance, the Admin can work with the admin of that other instance. If the issue is much bigger in scope (such as an instance that is posting illegal materials, or whatever) that can be addressed at the network level — the administrators have tools for handling these things.

The fact is, by having multiple administrators, it’s more likely that issues get addressed and resolved, instead of festering is some support queue for months on end.

There Are No Quote Posts / Toots

That is correct. There aren’t quote posts. Why? Because this feature on Twitter is widely abused, and is the antithesis of what Mastodon has built for a social environment.

Quote Tweets have frequently been used to offer snarky or negative commentary on a person’s post without contributing to the conversation. Instead this often leads to dog piling, brigading and ratio’ing of the original post. This is the kind of negative behavior that is not being encouraged on Mastodon.

Instead, if you have a counter-point or argument, reply to the original post. Do it respectfully. Through directly exchanging opinions and perspectives all parties involved in the post can learn things.

Honestly, you won’t miss quote-posts after a a little bit.

Admittedly, Content Warnings are controversial. There are some people that feel you should never have to use them, and others that feel they should be used more frequently than they are. Personally, I find there are times to use them, and times that they probably don’t need to be used.

So, how do I approach this? There are two times that I will use them:

So, while Content Warnings aren’t the most obvious feature for use – there are times / contexts in which it makes sense to use them.

There is no formalized verification. However, there is a way to link to other presences you have on the Internet. For example, my Mastodon profile shows the following:

The green highlight is the verification that I have control of this website. This was done by inserting a link into this website’s code that links back to my Mastodon profile. How this is done is found in the Settings->Profile for your Mastodon account:

We are starting to see other services pop that offer verification of this type. For example, tonight I found PressCheck, which provides credentials for journalists that have moved to Mastodon, and provides this same back-link to their profiles.

Now let’s be clear about something. All of the Mastodon instances that are listed on the official Join Mastodon website have agreed to the Mastodon Server Covenant. This is a requirement to be allowed to have an entry in the database.

Beyond the Mastodon Server Covenant, the administrators of each instance are at liberty to implement moderation policies / rules that are the best fit for the community that they want to build. This flexibility is actually powerful and important in the Mastodon network. This allows Administrators to do things like create safe spaces for members of the LGBTQA+ community. It allows administrators to choose whether NSFW content is allowed or disallowed on their instance. More importantly, it allows them to set the policy for how these rules are enforced.

When you go to sign up for an account you are shown the rules for the instance. It’s typically a fairly short list that doesn’t take long to read. If you don’t agree with something in the rules, find a different instance with rules you don’t have an issue with.

If you create an account on an instance, only to find you don’t like the way it is being run, you are free to migrate to another instance. The Mastodon documentation as a whole section on Moving or Leaving Accounts.

Finding people isn’t as easy as other social sites

Is finding someone on Twitter easy when you don’t know anyone? Not really. But with Mastodon it really isn’t more difficult. There are a few things you can do:

So, there are ways to find people on Mastodon, by actually looking for the content that interests you.

Think of it this way… Email allows you to have direct one-on-one communication. But, if you CC or BCC someone, then that person is able to take part in the conversation as well. Mastodon’s direct messages work in this same manner.

As explained above, Direct Messages are (mostly) as private as you make them. Yes, an administrator could potentially see your private messages, but they generally would not be likely to look at them unless there is a specific need to.

As for messages not being encrypted…. Guess who else doesn’t have encypted DM’s? Try Twitter. Encryption of DM’s has been a feature they have tried to add several times. However, they have found that the need to have some kind of personal information for generating the keys to encrypt the messages to be a stumbling block.

In general, outside of messaging applications that specifically offer encryption (like Matrix and Telegram), don’t expect your Direct Messages are encrypted.

If you have read this far into the article, congratulations! Hopefully you have a better understanding that many of the criticisms of Mastodon aren’t really bad things. They are just differences between Mastodon and Social Platform X.

In many cases, the choices that have been made for Mastodon actually make it a more powerful and flexible network. For example, having so many instances and different rules / moderation policies make the communities of that instance stronger and/or safer for they users of that instance. And, having so many Administrators means that you have more access to the person(s) running your instance.

In some cases things are just different, like the way Direct Messages work, the use of Content Warnings, or how you find people to follow and talk with.

None of this is to say that there isn’t room for improvement, or other features that can be added to the system. For example, adding encrypted direct messages is a desired feature that is likely to be addressed by the developers in the future.

One of the exciting things about being part of the Mastodon network is that you can have some influence in it’s direction. The developers are aware of things that are talked about / requested. And they look for ways to add features that satisfy the needs of as many user as possible.

In the next part of this series we’ll try to get you up to speed on using Mastodon. We’ll offer a series of etiquette examples for Mastodon (such as the one I touch on here regarding the use of Content Warnings), and then move into some of the power-user tips (such as following hash tags).